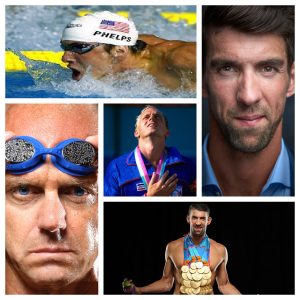 Gaines is often referred to as “Swimming’s Greatest Ambassador.” Maybe life goes on without the Olympics, but not for the fastest swimmer on Earth. His determination to compete in Los Angeles in 1984 and his stellar success mark Rowdy Gaines one of the world’s most dedicated as well as ambitious athletes and symbolize the American quest for more than gold. ​

“It’s never too late to achieve your dreams. I’m living proof of that.”
-Rowdy Gaines

Visit our website for details about our TOWN HALL Lecture Series, and information on becoming an RCLA member today!

We grateful for our loyal RCLA members and TOWN HALL subscribers! May you enjoy the holiday with your family and friends. 💛🦃🥧✨ https://www.instagram.com/p/ClWcBDgLWjP/?igshid=YTgzYjQ4ZTY=

A @HeraldTribune article announcing our first #TOWNHALL lineup for 1981. We were called then the"RSALA" (Ringling School of Art Library Association). The series was held in the @vanwezelpah and seating was open-availability. Attending all three speakers cost a whopping $20!