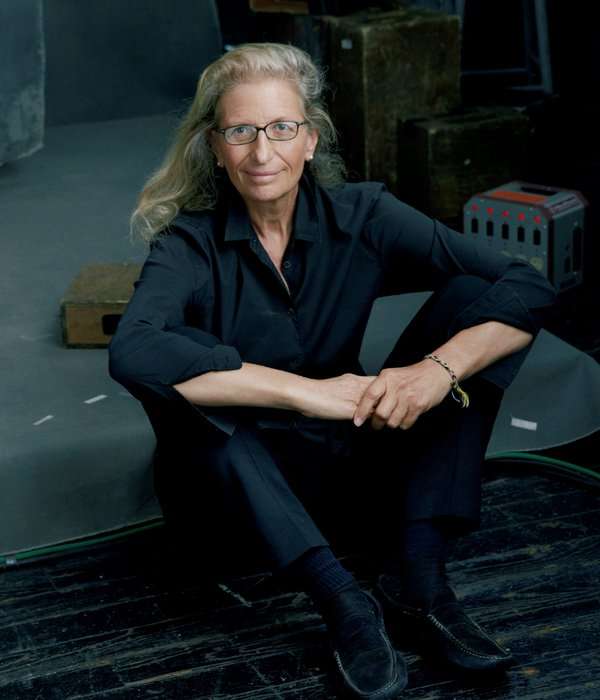 We extend our sincerest gratitude to you, our patrons, for your loyalty and support and we look forward to seeing you this fall. Should you not be able to attend the new presentations, please visit this page for instructions on how to request a refund or to donate your ticket.

Annie Leibovitz began her career as a photojournalist for Rolling Stone in 1970, while she was still a student at the San Francisco Art Institute. Her pictures have appeared regularly on magazine covers ever since. Leibovitz’s large and distinguished body of work encompasses some of the most well- known portraits of our time.

Leibovitz’s first major assignment was for a cover story on John Lennon. She became Rolling Stone’s chief photographer in 1973, and by the time she left the magazine, ten years later, she had shot one hundred and forty-two covers and published photo essays on scores of stories, including her memorable accounts of the resignation of Richard Nixon and of the 1975 Rolling Stones tour. In 1983, when she joined the staff of the revived Vanity Fair, she was established as the foremost rock music photographer and an astute documentarian of the social landscape. At Vanity Fair, and later at Vogue, she developed a large body of work—portraits of actors, directors, writers, musicians, athletes, and political and business figures, as well as fashion photographs—that expanded her collective portrait of contemporary life. In addition to her editorial work, she has created several influential advertising campaigns, including her award-winning portraits for American Express and the Gap. She has also collaborated with many arts organizations. Leibovitz has a special interest in dance, and in 1990 she documented the creation of the White Oak Dance Project with Mikhail Baryshnikov and Mark Morris.

Exhibitions of Leibovitz’s work have appeared at museums and galleries all over the world, including the National Portrait Gallery and the Corcoran Gallery in Washington, D.C.; the International Center of Photography in New York; the Brooklyn Museum; the Stedelijk Museum in Amsterdam; the Maison Européenne de la Photographie in Paris; the National Portrait Gallery in London; the Hermitage Museum in St.Petersburg, Russia; and the Pushkin State Museum of Fine Arts in Moscow.

Leibovitz is the recipient of many honors. In 2006 she was made a Commandeur in the Ordre des Arts et des Lettres by the French government. The previous year, in a compilation of the forty top magazine covers of the past forty years by the American Society of Magazine Editors (ASME), she held the top two spots (#1 for the photograph of John Lennon and Yoko Ono taken for Rolling Stone the day Lennon was shot, and #2 for the pregnant Demi Moore in Vanity Fair). In 2009, she received the International Center of Photography’s Lifetime Achievement Award, ASME’s first Creative Excellence Award, and the Centenary Medal of the Royal Photographic Society in London. In 2012, she was the recipient of the Los Angeles Museum of Contemporary Art Award to Distinguished Women in the Arts and the Wexner Prize. In 2013 she received the Prince of Asturias Award for Communication and Humanities. She was the inaugural recipient of the San Francisco Museum of Modern Art Contemporary Vision Award in 2015. Leibovitz has been designated a Living Legend by the Library of Congress.

She lives in New York with her three children, Sarah, Susan, and Samuelle.

Ask the Speaker a Question

You are invited to submit a question for the TOWN HALL 2020 speakers.

We are always looking for the next interesting speaker for our programs. Do you have a suggestion?
SUGGEST A SPEAKER

TOWN HALL 2020 will see us celebrate our 40th installment – become a corporate sponsor to be a part of the celebratory year.
Click to learn more

If you are unable to attend please consider donating your tickets.