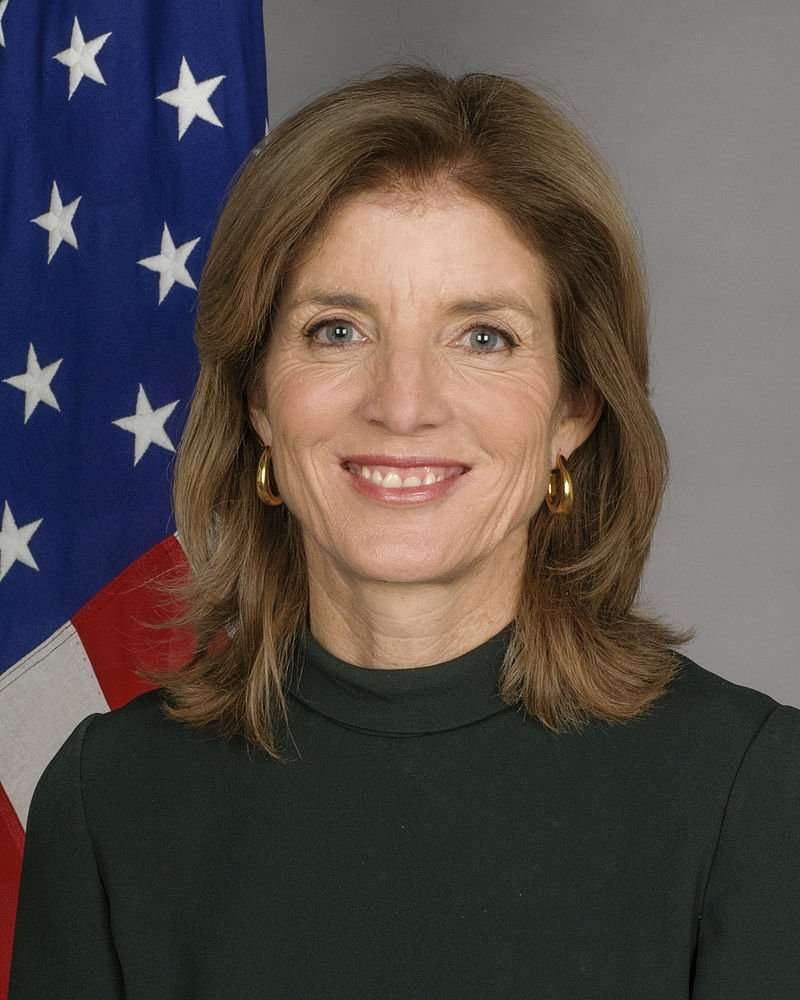 Caroline Kennedy is an attorney who served as the United States Ambassador to Japan from  November 2013-January 2017. During her tenure she helped realize the United States military’s return of land on Okinawa to the Japanese government, the largest land transfer since 1972, and President Obama’s historic visit to Hiroshima. Ms. Kennedy is the author or editor of eleven New York Times best-selling books on law, civics, and poetry. She has edited The Best-Loved Poems of Jacqueline Kennedy Onassis (2001), Profiles in Courage for Our Time (2002), A Patriot’s Handbook (2003), and A Family of Poems: My Favorite Poetry for Children (2005). She has authored A Family Christmas (2007), and She Walks in Beauty—A Woman’s Journey Through Poems (2011).
Ms. Kennedy has a Bachelor of Arts from Harvard University and is a graduate of the Columbia Law School and Honorary Chair of the Senior Advisory Committee of the Harvard University Institute of Politics. From 2002-2011, Ms. Kennedy was Vice Chair of the Fund for Public Schools, dedicated to engaging the private sector in school reform and encouraging New Yorkers to volunteer in public schools. Ms. Kennedy is the daughter of President John F. Kennedy and First Lady Jacqueline Bouvier Kennedy. She is Honorary President of the John F. Kennedy Library Foundation and is the proud mother of three children, working with her to carry on her family’s legacy.