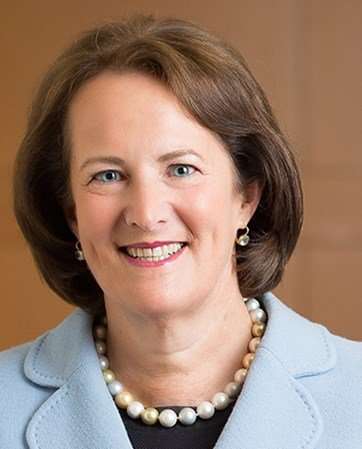 Karen Gordon Mills served as the Administrator of the U.S. Small Business Administration from 2009 until August 2013. She is currently a Senior Fellow at the Harvard Business School and at the Mossavar-Rahmani Center for Business and Government at the Harvard Kennedy School focusing on U.S. Competitiveness, entrepreneurship and innovation.

As SBA Administrator and a Cabinet member, Mills served on the President’s National Economic Council and was a key member of the White House economic team. At the SBA, she led a team of more than 3,000 employees and managed a loan guarantee portfolio of over $100 billion. Mills is credited with turning around the Agency, streamlining loan programs, shortening turnaround times, and reducing paperwork. These efforts resulted in record-breaking years for SBA lending and investments in growth capital. In addition, Mills helped small businesses create regional economic clusters, gain access to early stage capital, hire skilled workers, boost exports, and tap into government and commercial supply chains. Prior to the SBA, Mills held leadership positions in the private sector, including as a partner in several private equity firms, and served on the boards of Scotts Miracle-Gro and Arrow Electronics. Most recently, she was president of MMP Group, which invested in businesses in consumer products, food, textiles, and industrial components. Mills earned an AB in economics from Harvard University and an MBA from Harvard Business School, where she was a Baker Scholar. Additionally, she is a past vice chair of the Harvard Overseers, and is currently a member of the Council on Foreign Relations and the Harvard Corporation.