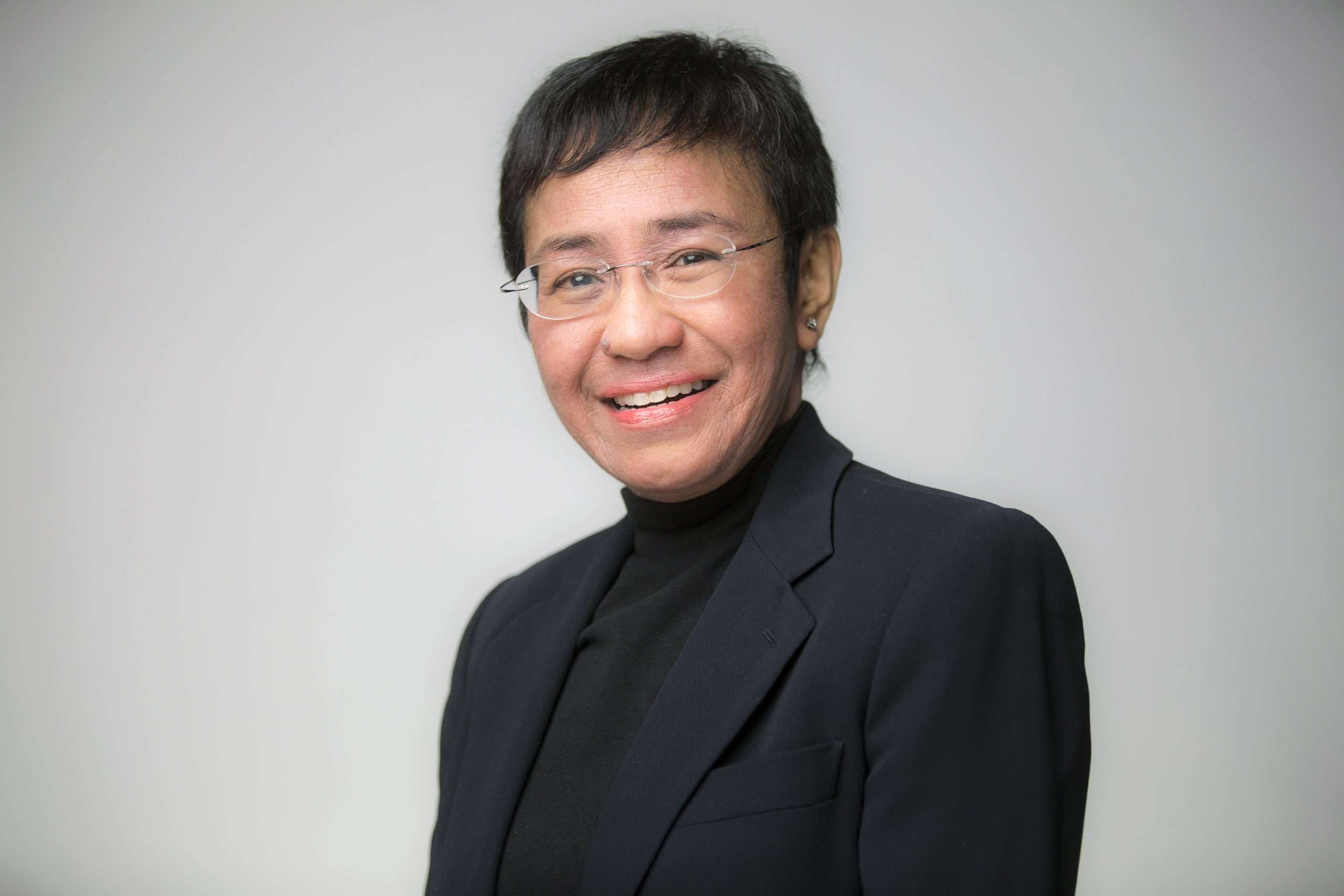 Maria Ressa is the co-founder, CEO, and executive editor of Rappler.com, an online news organization in the Philippines. Maria, one of TIME’s “Person of the Year” for 2018 and TIME’s “100 Most Influential People” in 2019, has been honored around the world for her courageous and bold work in fighting disinformation, “fake news”, and attempts to silence the free press. In 2021, she was awarded the Nobel Peace Prize for her work in exposing abuses of power and growing authoritarianism under the Philippine president, Rodrigo Duterte. As she accepted the award, Maria called the world to action, reminding us all that “Without facts, you can’t have truth. Without truth, you can’t have trust. Without trust, we have no shared reality, no democracy, and it becomes impossible to deal with our world’s existential problems: climate, coronavirus, the battle for truth.”

Maria advises organizations and corporations on corporate governance, values, and strategy. Her experience as a journalist and an entrepreneur in the digital world makes her a sought-after keynote speaker and panelist.

A journalist for over 35 years, Maria was CNN’s bureau chief in Manila, before working as CNN’s lead investigative reporter focusing on terrorism in Jakarta. In 2012, she co-founded Rappler, an online news platform with an ethos of a small tech start-up, starting with a team of 12 young reporters and developers. Through the power of social media, Rappler has grown into the fourth-largest news website in the Philippines with over 100 journalists. Maria has been arrested on 10 charges related to exposing the Duterte government’s corrupt practices and was convicted of cyber-libel in June. She is out on bail pending her appeal but true to form, Ressa, vows to keep fighting.

More recently, Maria is part of the founding group of The Real Facebook Oversight Board – composed of 25 academics, journalists, and activists that will rival the social media platform’s board.

Maria authored Seeds of Terror: An Eyewitness Account of Al-Qaeda’s Newest Center of Operations in Southeast Asia and From Bin Laden to Facebook. Her next and highly anticipated book, How to Stand Up to a Dictator, is set to be released in April 2022. Additionally, Maria was featured in the 2020 documentary, A Thousand Cuts, which profiles her fearless reporting on the abuses of Duterte’s presidency, while also illustrating social media’s capacity to deceive and entrench political power.