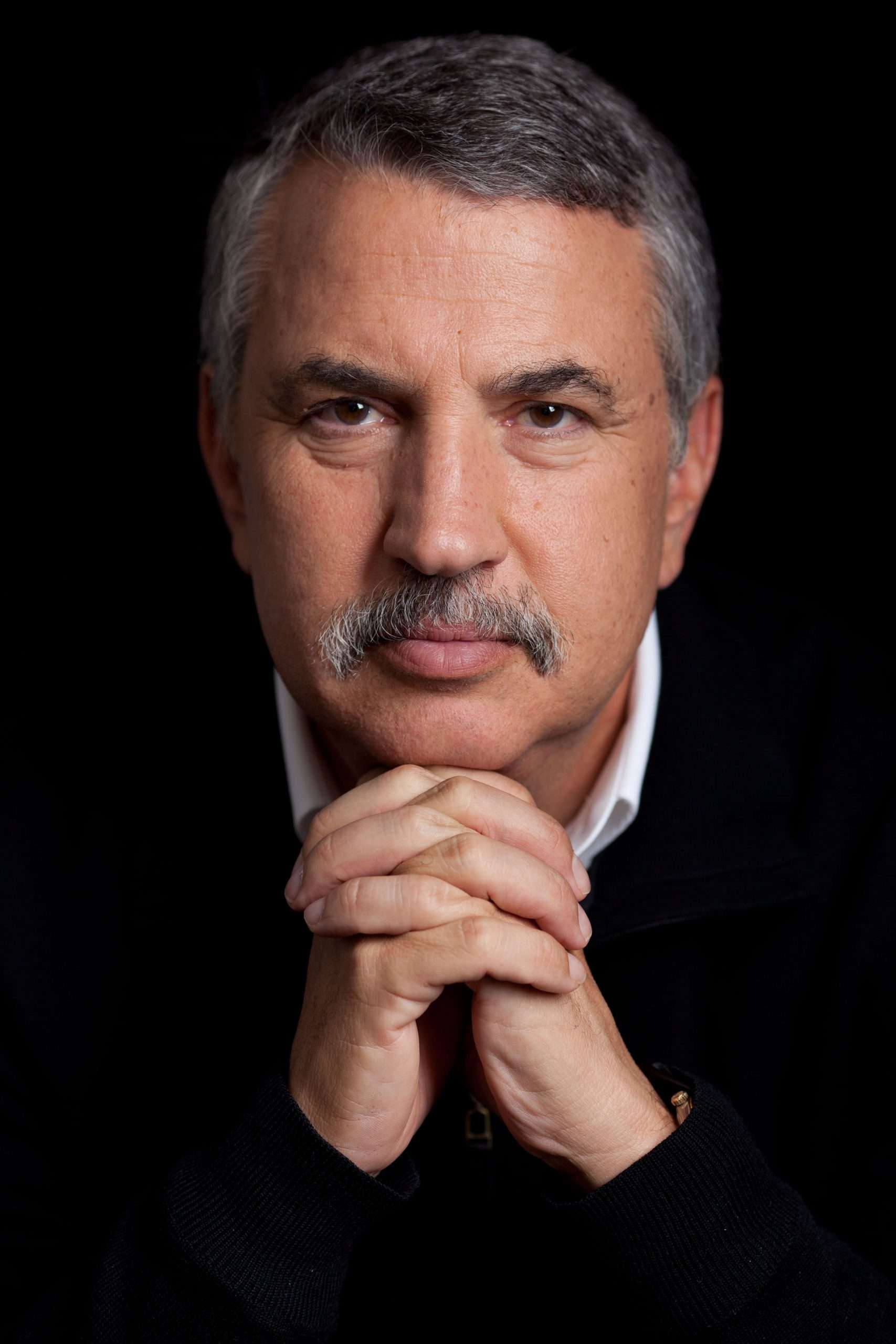 Tom Friedman is the bestselling author of The World is Flat and a New York Times foreign affairs columnist. He is renowned for his direct reporting and accessible analysis of complex issues shaping the world. According to Foreign Policy magazine, “Friedman doesn’t just report on events; he helps shape them.” Winner of three Pulitzer Prizes, he has covered the great stories from around the globe for The New York Times since 1981. Vanity Fair called him “the country’s best newspaper columnist.”

With clear and compelling language, Friedman discusses the opportunities and challenges that profound “accelerations,” including technology and connectivity, pose for society as well as for individuals, businesses, and governments. He also explores solutions — on a local and global level — to ensure the future of work, skills, income, and prosperity.

In his latest bestseller, Thank You For Being Late: An Optimist’s Guide to Thriving in the Age of Accelerations, Friedman offers a blueprint for overcoming the stresses and challenges of a world transformed by technology, globalization, and climate change.

His previous New York Times bestseller, That Used to Be Us: How America Fell Behind in the World It Invented and How We Can Come Back. According to The Christian Science Monitor, “Anyone who cares about America’s future ought to read this book and hear the authors’ compelling case.”

Friedman’s The World is Flat has sold four-and-a-half million copies and won the inaugural Financial Times and Goldman Sachs Business Book of the Year Award. In 2012 Friedman updated his National Book Award-winner, From Beirut to Jerusalem, adding a new discussion of the Arab Awakenings and Arab/Israeli relations in a new preface and afterword.

Friedman’s Hot, Flat, and Crowded: Why We Need a Green Revolution — and How It Can Renew America, was a #1 New York Times bestseller. His other successes include Longitudes and Attitudes: The World in the Age of Terrorism, and The Lexus and the Olive Tree, which Kirkus Reviews called “simply the best book written on globalization.”

Ranked #2 on The Wall Street Journal’s list of “influential business thinkers”, named one of 2011’s Thinkers50, and featured in Foreign Policy‘s Top Global Thinkers in 2013, Friedman is considered one of “America’s Best Leaders” by US News & World Report. He is a frequent guest on programs such as Meet the Press, and Morning Joe. And his TV documentaries, “Searching for the Roots of 9/11”; “The Other Side of Outsourcing”, and “Addicted to Oil”, have aired on the Discovery Channel. Friedman was featured in Showtime’s climate change documentary series Years of Living Dangerously, executive produced by James Cameron and Arnold Schwarzenegger.

In awarding Friedman his third Pulitzer Prize, the Pulitzer Board cited his “clarity of vision, based on extensive reporting, in commenting on the worldwide impact of the terrorist threat.”