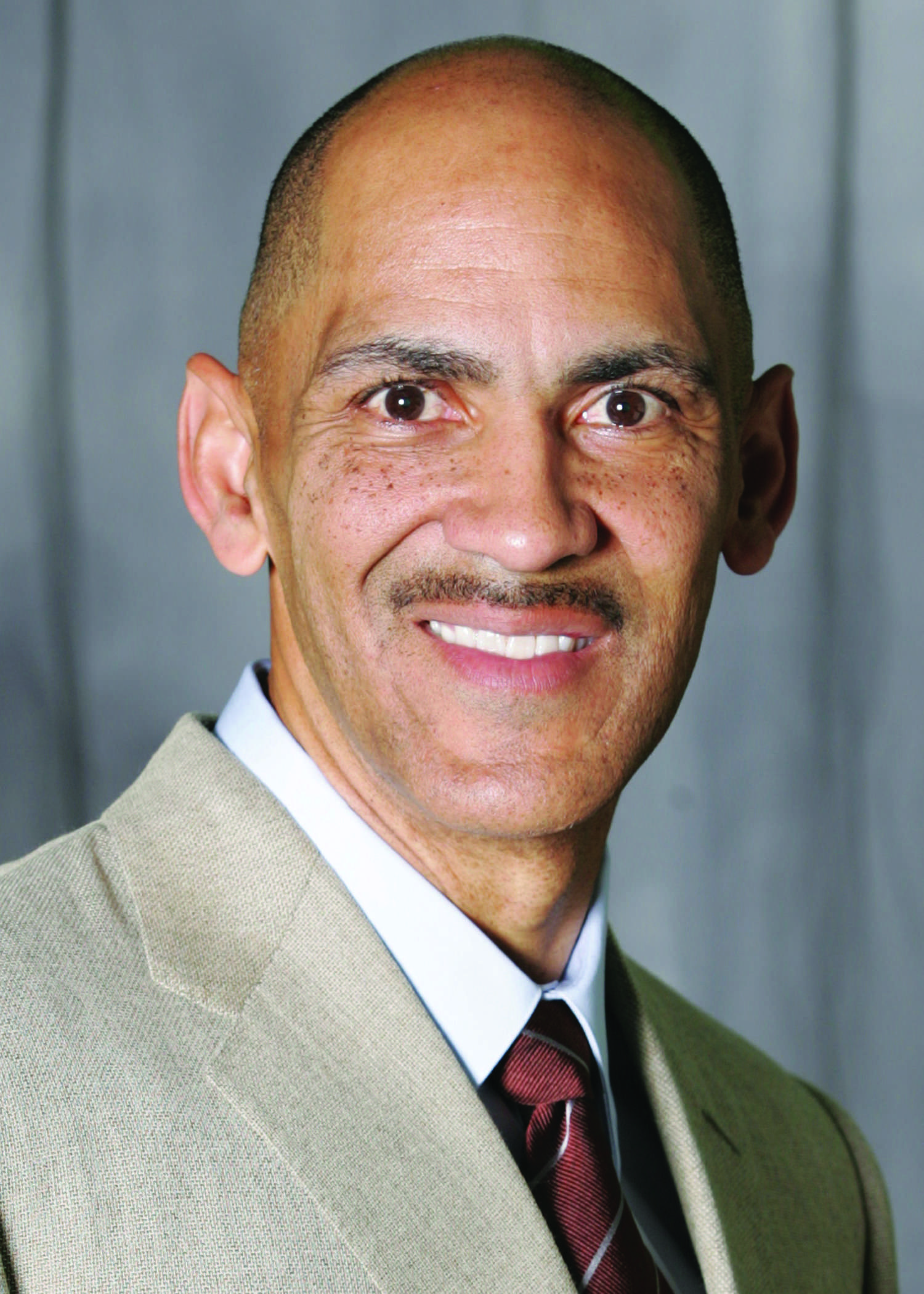 Tony Dungy retired in 2009 after a 31-year NFL career. In 13 seasons as head coach of the Indianapolis Colts and Tampa Bay Buccaneers, Dungy amassed a 148-79 overall record and reached the postseason an unprecedented ten straight times. His teams averaged more wins in the regular season than those of any head coach in NFL history. On February 4, 2007, Dungy became the first African American coach to lead his team to a championship. As a player, Dungy won his first Super Bowl ring as a member of the 1978 Pittsburgh Steelers; he is one of only three individuals to have won the Super Bowl as both a player and a head coach. In 2016, Dungy was selected to join the Pro Football Hall of Fame. Upon retirement from coaching, Dungy became an analyst for NBC’s Football Night in America and was nominated for an Emmy Award in his very first season as a television commentator. Known for a leadership style that emphasizes decency and respect, his priorities of faith and family were always evident in his coaching. Dungy discussed these values, which have been praised and adopted
by a crop of his assistant coaches who would go on to NFL head coaching positions themselves, in his memoir, Quiet Strength: The Principles, Practices, and Priorities of a Winning Life, a #1 New York Times best seller. Dungy is committed to a wide variety of organizations. Tony and his wife, Lauren, head up the Dungy Family Foundation, a non-profit organization they founded with the goal of strengthening communities by helping those in need.