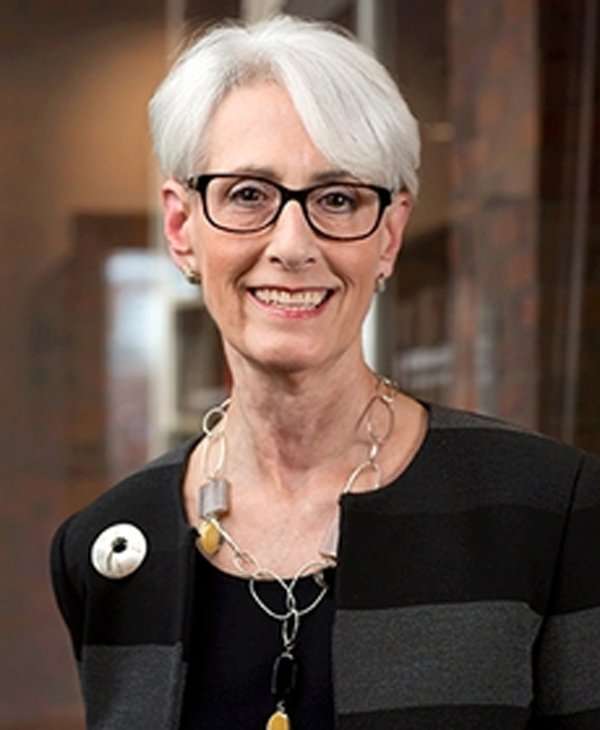 Ambassador Wendy R. Sherman brings to every opportunity over three decades of experience in business, international affairs and politics. Now a senior fellow at both Harvard’s Institute of Politics and Belfer Center for Science and International Affairs, Sherman recently stepped down as under secretary of state for political affairs after four years overseeing every region of the world, dealing with every major opportunity and crisis, and leading the U.S. negotiating team to a successful conclusion of the Iran nuclear deal. In recognition of her many diplomatic accomplishments, she was recently awarded the National Security Medal by President Barack Obama.

Prior to her position as under secretary, Sherman spent a decade in the private sector, first as a founding partner of The Albright Group, and then as vice chair of Albright Stonebridge Group, a successful global business consulting firm. During that time, she also served as a member of the investment committee of Albright Capital Management, an affiliated investment advisory firm focused on emerging markets. Currently, she serves as senior counselor of the Albright Stonebridge Group.

Sherman served as counselor of the Department of State from 1997–2001, as well as special advisor to President Bill Clinton and policy coordinator on North Korea. From 1993–1996, under Secretary Warren Christopher, she was assistant secretary for legislative affairs.

Prior to her long career in national security, foreign affairs and business, Sherman was engaged in a variety of political roles, including managing Senator Barbara Mikulski’s first successful campaign for the U.S. Senate, directing Campaign ’88 with the Democratic National Committee, as executive director of EMILY’s List and as a partner in a campaign media firm. Early in her professional career, she worked in the field of child welfare, serving as the first director and then as special secretary for children and youth in the state of Maryland.

She has also served as chair of the board of Oxfam America and was also on the U.S. Department of Defense’s Defense Policy Board, a group tasked with providing the secretary of defense with independent, informed advice. In addition, Sherman has been a long-standing member with the Council on Foreign Relations and numerous national security groups. In 2008, she was appointed by bipartisan congressional leadership to serve on the Commission on the Prevention of Weapons of Mass Destruction, Proliferation and Terrorism.

Sherman has written op-eds and conference papers, and delivered speeches throughout the world. She is a frequent commentator on every major radio and television network and cable outlet.

**FLASH SALE for Ambassador Wendy Sherman: All seating available is $65!!**